Undiagnosed Claims of Depression: How Far is Too Far? 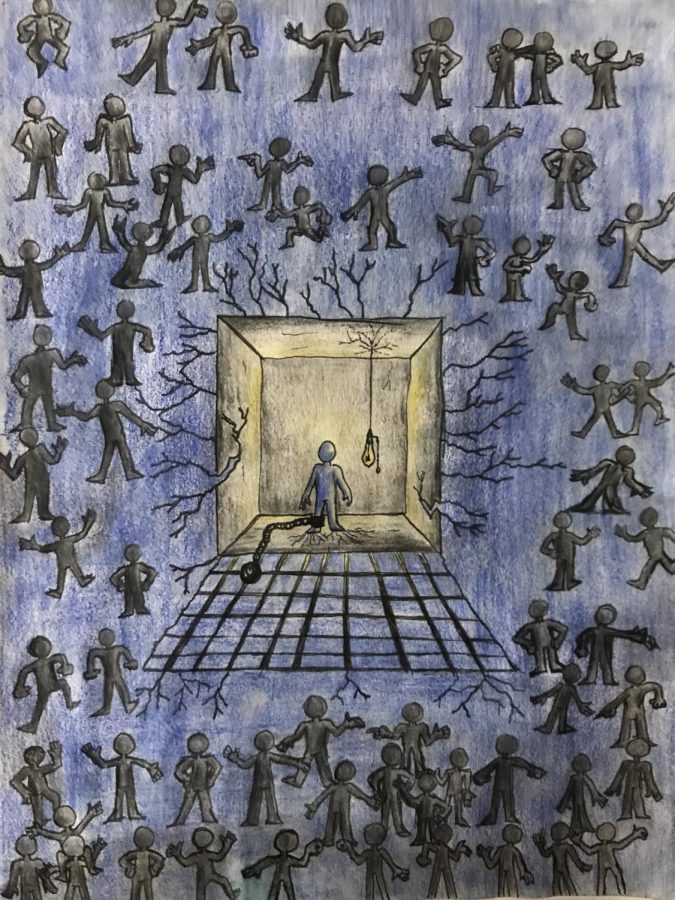 Today’s teenagers are known for their morbid and dark humor.

Disturbing jokes about the afterlife, death and self-harm are common — conversational attributes in the dialogues of the average teen.

You’ve probably heard jokes similar to this before, and you might hear them almost every day.

Over recent years, depression has become more concerning among teenagers.

According to the Newport Academy, a teen treatment center, diagnoses of depression in teenagers have increased by 63 percent since 2013.

Unfortunately, it’s hard to determine who truly has this mental illness today because of undiagnosed claims and jokes.

Katie Ehrlich, Assistant Professor of Psychology at the University of Georgia has the same opinion on how depression jokes are inappropriate.

“[It] can make individuals who suffer from depression feel that their experience is not taken seriously,” she said in an email.

Ehrlich added on, saying that diagnoses of depression should be made by medical professionals, and that people should not rely on their own determination.

She also finds it difficult to help people who joke about being depressed.

“Sometimes I wonder if they need someone to reach out to, but also I’m kinda like, ‘They’re just making a joke. It doesn’t do anything. I don’t know why you’re making jokes about that,’” she said.

“If anything, it just derails people who actually need help. You can’t find out who does.”

Watkins said because of the multitude of depression jokes nowadays, it’s confusing to tell if someone actually has depression. It could either simply be an insensitive joke or a “cry for help,” she said.

But why has society turned to humor regarding such a grave issue? Why do we use these jokes and comments to address our deepest, darkest feelings?

“I think depression jokes are so prominent because more people have depression now, and in this generation, memes and jokes are kind of how we express ourselves,” said sophomore Rachel Mason.

However, she thinks joking about the mental illness devalues its severity.

“I think people should get diagnosed before they say they have depression, because it delegitimizes people’s actual struggles if they don’t have it,” said Mason.

Watkins agrees, saying, “If everyone’s making jokes about it, then it kinda minimizes the actual thing.”

However, many believe this small trend can be fixed and addressed.

The Mayo Clinic, a non-profit medical educational center, said in an article, “An accurate diagnosis is the key to getting appropriate treatment.”

The clinic advises parents and guardians to speak to their pediatrician or family therapist and consider getting their child a proper diagnosis treatment before making further decisions.

“I think we can solve this by spreading awareness and encouraging people to be vulnerable and seek help if they have depression,” said Mason.

“In terms of avoiding damaging jokes, I think we need to open a conversation with people who actually have depression.”

Ehrlich also feels that people who have depression should seek assistance, and that people should always look for warning indications towards depressive behavior.

“It’s important for friends and family members to be aware of signs that someone might be struggling and find ways to help,” she said.