The Bear Witness • May 18, 2021 • https://thebearwitness.com/5966/sports/e-sports-team-kicks-off-their-first-year-with-rocket-league/

E-sports Team Kicks Off Their First Year with “Rocket League” 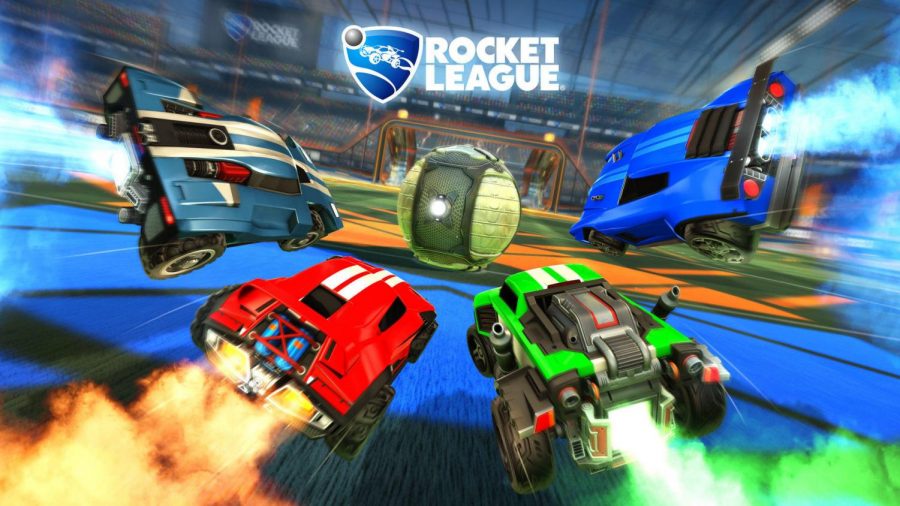 The E-sports team competed with "Rocket League" for its first ever season.

He shoots! He scores!

The ball goes into the goal but not by any physical means, but rather, by clicking buttons and pulling triggers on a controller.

Gamers are now competing in video games at school as their own sport.

Competitive video games, also known as E-sports, have been welcomed as legitimate sports at the school.

The eight-player team was formed when English teacher Megon Garcia was asked by Athletic Director Leslie Broadwell at the beginning of the school year to coach and sponsor the E-sports team.

Garcia had been playing video games since the age of six. She was stoked when she was offered to coach the team.

“I had to get all the information and resources at the end of last year,” said Garcia.

After a statement about E-sports in the morning announcements last semester, Garcia promoted team recruitment with flyers.

“I had [students] fill out a form, and I set up a Team’s meeting and then gave them an overview of the club,” said Garcia. “After I set up a meet-and-greet to evaluate all the players, I chose who I believed would be most valuable for our team.”

For tryouts, Garcia set up trials and then had the students compete three against three.

Some students, like varsity gamer Clayton Weller, found out about E-sports through their friends and joined together.

“I found out about it when another player who I’m close friends with brought it up in a conversation and said they needed players. So, I signed up,” said Weller, a sophomore.

Four of the players compete at the varsity level, and four compete for junior varsity.

Each semester, E-sports teams choose one video game to compete in. Garcia selected “Rocket League” for her team. Essentially, it is a soccer game, but cars kick around the ball instead of humans.

The “Rocket League” game seemed to have the most interest, so Garcia went with that.

At school, “we usually have practice for it at lunch. So, I let them eat for the first 15 minutes and then they meet in the room every Thursday,” said Garcia.

Besides one day of practice at school, “the majority of practice comes at home on our own time,” said junior varsity gamer and junior Cole Greer.

The team practices by evaluating and fixing their failures, facing each other in matches, and playing repetitively until practice makes perfect.

To compete in the tournaments and practice, special computers and monitors are required.

“The computers were super expensive. We have Alienware monitors with 2080 PC model. The kids are extremely happy with them,” said Garcia.

They also come with a glowing keyboard and mouse.

At competitions, players interact virtually with people all over the state of Georgia and the whole east coast of the country.

“When competing teams for varsity, it is mainly across the state and for J.V. is from the Eastern coast,” said Garcia.

Matches are sometimes hard to coordinate for the team. Garcia usually has a schedule sent out on the Monday before competitions.

“As soon as the bell rings, I come into the room and have my students come in. At 4:00, we get the invite from the server directly. We join the match and wait for the other team,” said Garcia.

With everything online, it is difficult to communicate with the other teams before matches start.

Garcia is said she is happy with how the team has come along, even though it has been slightly difficult.

“I am having a great time with the team, and they are shedding new light on E-sports, said Garcia.”

The team has been improving, she said, and she is hoping to gain players next year to broaden the team.

“I would just like to express what a great job Ms. Garcia did with the team and how good of a coach she is,” said Greer.