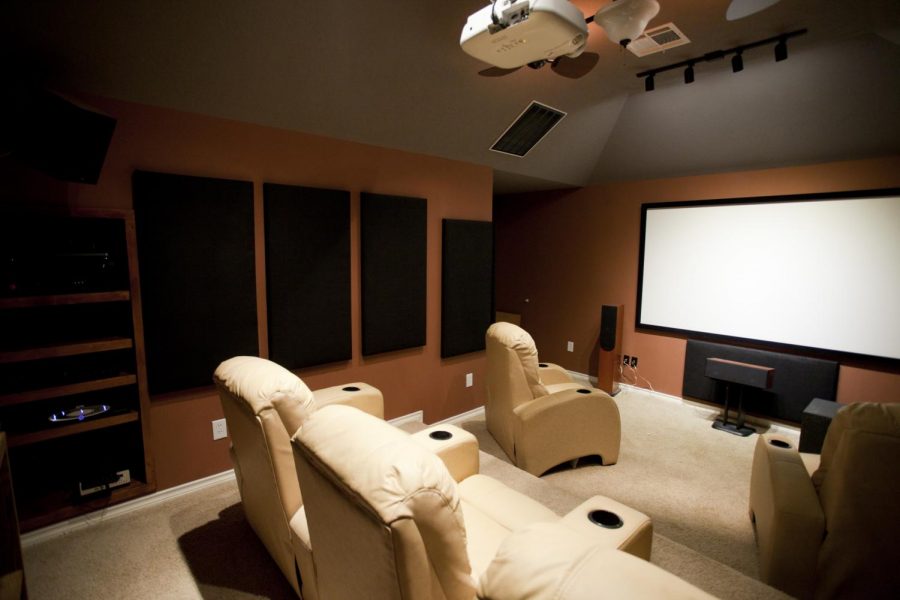 Self-isolation has been tricky for many to handle. Students may find themselves having time to do anything, but not knowing what to do to fill all of their newly found free time.

And with the world on hold, now is a better time than ever to find a new show or movie to binge during this self-isolation period.

Though you can still grab a book or pick up a new hobby, nothing kills time better than a captivating show or thrilling film. If you’re in need of some suggestions, here are 10 movies and shows that can occupy your time these next few weeks.
The Craft
Though it may present itself as another teen-90’s chick flick, this movie is filled with thrilling events and amazing actors that captivate the audience in every scene.

The plot follows a young girl named Sarah Bailey who is new to a private, Catholic school in Los Angeles. Upon moving to the City of Angels, she meets a group of young witches at school, who become her new friend group.

Through the movie, you not only see the twist and turns of regular high school cliches, but the writers also incorporate multiple elements of dark magic and witchcraft, keeping the film mysterious.
John Mulaney, Kid Gorgeous
John Mulaney, a well-known comedian in pop culture, has multiple stand-up comedy specials on Netflix, but Kid Gorgeous shines the most.

A combination of his humble mannerisms to his very honest jokes on his personal life, this special is one anyone can sit down and enjoy.

The special takes a specific focus on his family, where he talks about his childhood with two lawyer parents, as well as a special reference to his parents’ connections to former President Bill Clinton.

And through it all, Mulaney will always find a way to connect them all, making the entire special one well-spent, laugh-inducing hour of your time.
Insidious 1 + 2
Though many may find a classic cult movie comforting during this time, sophomore Harrison Phillips prefers horror movies, like the Insidious series.

“They’re some of the best horror movies I’ve ever seen,” said Phillips, over the phone. “They have a lot of intense plot sequences and twists throughout.”

The Insidious series follows a family that faces multiple supernatural events, like their son Dalton being possessed and put into a coma, and in the second movie the husband in the film, Josh Lambert, is having encounters with spirits.

Phillips says he thinks these films are some of the best horror films he’s ever seen, as they are filled with suspense and intensity.

Phillips also recommends the film, “Disturbia”, with Shia LeBeouf, which he described as “a really neat thriller that will keep you on the edge of your seat.”

Senior Sierra Moore is a big fan of the actors in the film.

“All of the actors made the characters feel real enough to feel like what they go through in their universe is real,” said Moore over the phone.

With the Joker in the film, there is an essential balance of good and bad in the film, and it creates a very enticing narrative for viewers to follow.
Anything Disney
With a throwback to childhood, junior Lauren Cooper enthusiastically recommends any Disney movie when it comes down to what to watch.

“For me, personally, they remind me of happier times and they make me feel better,” said Cooper.

Cooper also adds she watches them because “they all have a happy ending,” and because she’s a “hopeless romantic, Disney movies are the way to go”.

Cooper has found it hard to stay contained during this period of self-isolation, as she describes herself as very independent and extroverted. However, she thinks movies and shows have helped her enjoy staying inside.
All American
Coming into shows, which are all available on Netflix, sophomore Sarah Fraker highly recommends the drama series, “All American,” which follows a high school football player who must leave his southern Los Angeles after he is recruited to play for a Beverly Hills high school football team.

“I’m enjoying it so far, but it’s definitely kind of cheesy,” said Fraker, on the phone.

Along with Fraker, both junior Kaine Dudley and senior Nicole Fleming recommend the show as well.

“I like shows that relate to a teen’s lifestyle, so I’d recommend All American,” said Dudley over the phone.

Fleming likes the series for the suspense, grouping it with some true crime shows like Criminal Minds and NCIS as both shows “leave you on the edge of your seat waiting for what comes next.”
The Office
Airing its pilot in 2005 and running for nine seasons, the show depicts a comedy docuseries following a small paper company in Scranton, Pennsylvania, called Dunder Mifflin. And though most would assume a series in a typical office setting would be bland, that interpretation is far from the truth.

Along with the branch’s manager, Micheal Scott, the series follows many plot lines of office romance, as well as office “frenemy” relationships like Jim and Dwight.

Fleming also loves the show, as it is “based off dry humor,” which is something that often makes her family laugh.
Grey’s Anatomy

The series depicts the lives of doctors inside and outside of the hospital, with stars like Ellen Pompeo, Chandra Wilson, Justin Chambers and dozens more.

Some students find this show alluring for the romance or the drama-filled episodes, but junior Nicole Schmidt loves the show for its depiction of doctors’ day-to-day stresses.

“I really want to become a surgeon one day, so this show really shows how they save people’s lives and give them a better future,” said Schmidt.

And though on the surface the show sounds very serious, the show is humorous and has a lot of light-hearted moments that balance with the serious topics it covers.

Dudley loves the show because of its relatability and finds it to be a good show to get into with his new found time.

And similar to his adoration of “All American,” he loves On My Block because of its portrayal of teen lifestyles, which he says is often a part of the shows he chooses to watch.

With the hybrid of romance, comedy, crime and suspense, the show is filled with elements that keep the audience invested for the three-season series.
Pandemic: How to Prevent an Outbreak
In light of recent events, many have been researching the best way to keep their loved ones and family safe during this time. One essential part of this research is looking back on past pandemics and outbreaks.

This docu-series follows the scientists who tried to control the influenza outbreak of the 1920s, while also making some references to the responses to the Ebola virus and the Zika virus.

Junior Eileen Shengaout is a big fan of the show because it “keeps us informed what is important in order to battle [the coronavirus] worldwide.”

Key parts of the series include the reaction of people whose communities were impacted, how scientists were facing the issue and the ways people prevented the influenza virus from harming people.

Though the flu and the coronavirus are not the same, the CDC and many other health organizations suggest individuals research about how to stay safe during this time.

For more information on how to prevent the spread of the coronavirus, check the CDC’s website: https://www.cdc.gov/coronavirus/2019-ncov/prevent-getting-sick/prevention.html

These movies and shows can be found on platforms like Netflix, Hulu and Disney Plus.